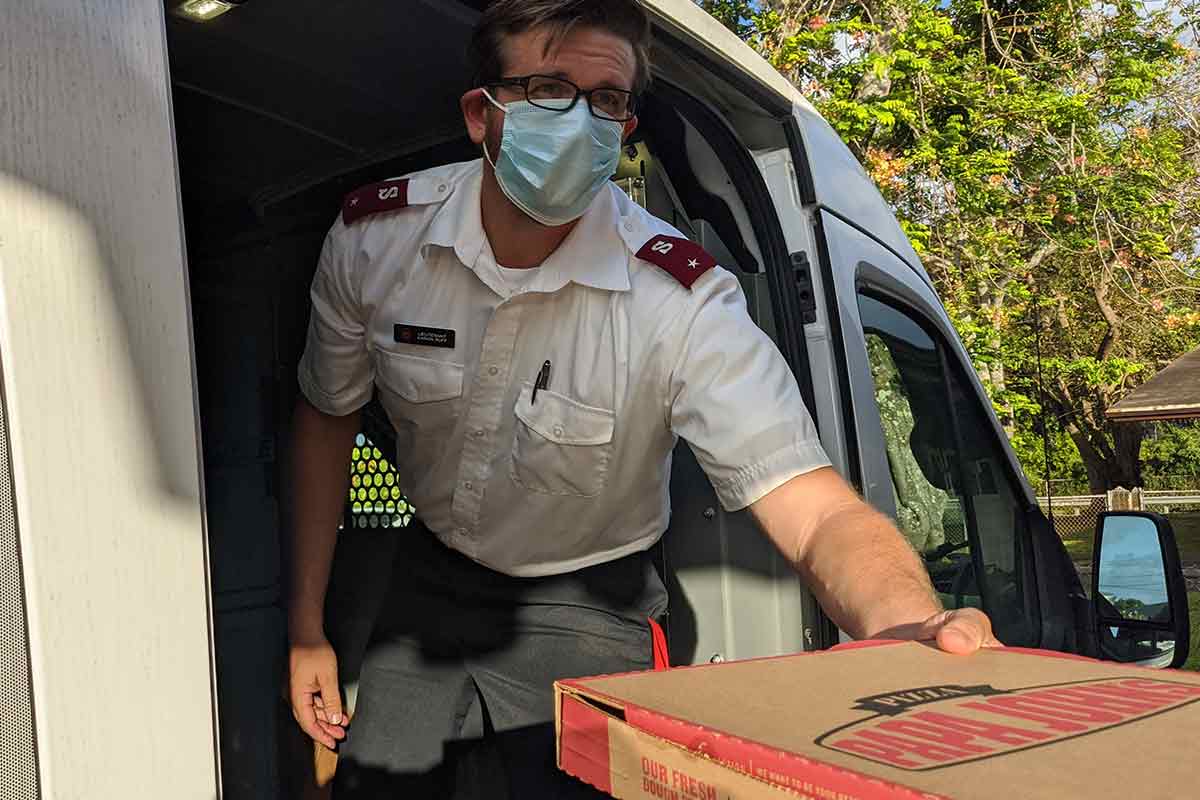 Every December, #GivingTuesday inspires people to support nonprofit communities around the world. This widespread assistance is especially critical during a global pandemic, which is why this year, #GivingTuesdayNow was created as an emergency response to the unprecedented need plaguing communities worldwide. The Salvation Army Hawaiian and Pacific Islands participated in #GivingTuesdayNow on May 5 by distributing 600 pizzas that were donated by Papa John’s Hawaii.

In addition to its 140 standard weekly food opportunities, The Salvation Army distributed the pizzas to households in various low-income and public housing communities, including Koolau Village and Kauluwela Apartments, as well as to clients currently participating in The Salvation Army’s drug and alcohol rehabilitation programs.

“We decided to take the concept of #GivingTuesdayNow and pivot it to give back to those in need in our Oahu communities,” said Major Jeff Martin, Divisional Leader of The Salvation Army Hawaiian & Pacific Islands.