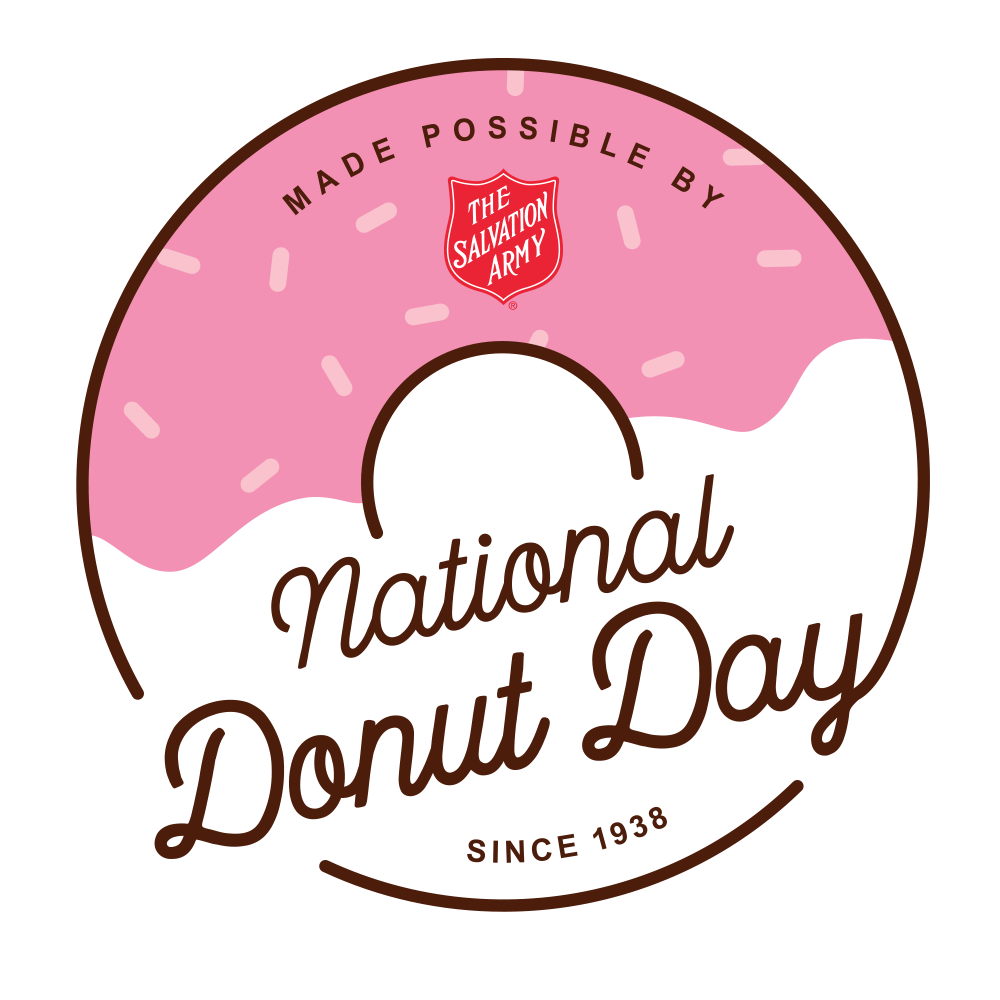 What’s better than enjoying a donut fresh from a local bakery or retailer? Why, it’s enjoying a free donut on National Donut Day in support of The Salvation Army in Hawaii on June 4! On June 4 various retailers and bakeries will host donut day promotions or donate a portion of their sales to The Salvation Army to celebrate National Donut Day. Support us by enjoying fresh donuts from our partners on June 4! Find locations and details below.

6:30 a.m. to 1:30 p.m. – customers will receive one free donut at Regal Bakery’s Airport location. A percentage of sales of additional donuts will benefit The Salvation Army Event, while supplies last.

Oahu Only - As a special promotion on Oahu for Hawaii Donut Day, 7-Eleven Hawaii will offer a special six-pack of donuts for $6.49 and percentage of the net proceeds will benefit The Salvation Army. In addition, during the month of June, 7-Eleven Hawaii will donate the proceeds of its Canister Change Program from all statewide locations to TSA, benefitting Corps programs on each island.

Lihue location is partnering with The Salvation Army to provide customers with one free donut, while supplies last. A percentage of sales of additional donuts during the event will benefit The Salvation Army. Also, if customers call in their Donut Day donut order prior to Donut Day, they can receive a special of a dozen plain glaze donuts for $10. For details and to order, call Daylight Donuts at 245-7414.

Krispy Kreme will have a Salvation Army counter-sized Red Kettle where customers can make donations to help support their community.

The History Of Donut Day

Approximately 100 years ago, The Salvation Army was there to feed weary soldiers during World War I. Today, we’re still here for the weary, hungry, and those in need. Join us in celebrating our rich history of serving others on National Donut Day.

In 1917, nearing the end of World War I, The Salvation Army established a mission to provide for the needs of U.S. soldiers fighting in France.

Approximately 250 Salvation Army volunteers traveled overseas to set up service “huts” located in abandoned buildings near the front lines where they could serve baked goods, provide writing supplies and stamps, and offer a clothes-mending service to the soldiers in battle.

When providing freshly baked goods proved to be a difficult feat considering the hut’s conditions, two entrepreneurial Salvation Army volunteers named Ensign Margaret Sheldon and Adjutant Helen Purviance cleverly thought to fry donuts in soldiers&rsquo helmets, despite their limited ingredients and facilities. The volunteers were capable of frying seven donuts per batch. The sweet treats, along with the warm hearts and glowing smiles of those who served them, brought a bit of comfort to American soldiers who were serving their country and likely missing the care of their mothers and special ladies back home.

Nicknamed “Doughnut Lassies” and “Doughnut Girls”, these women made history by introducing this otherwise unknown confection to the United States when the “Doughboys” returned from war.

The first National Donut Day was established in Chicago in 1938 to raise money for people in need during the Great Depression. The holiday has since been celebrated on the first Friday in June as a way to commemorate the service of The Salvation Army’s Doughnut Lassies and honor the memory of our soldiers.

The donut has become synonymous with The Salvation Army’s social services and continues to be a comfort food served by The Salvation Army to those in need during times of disaster. Today, Salvation Army workers continue to care for and comfort thousands of people each day who battle hunger around the world and here in Hawaii.

Want to try your hand at making the donuts that started it all?

Below, you'll find our century-old recipe so you can bake and share these sweet treats with whomever needs them most.