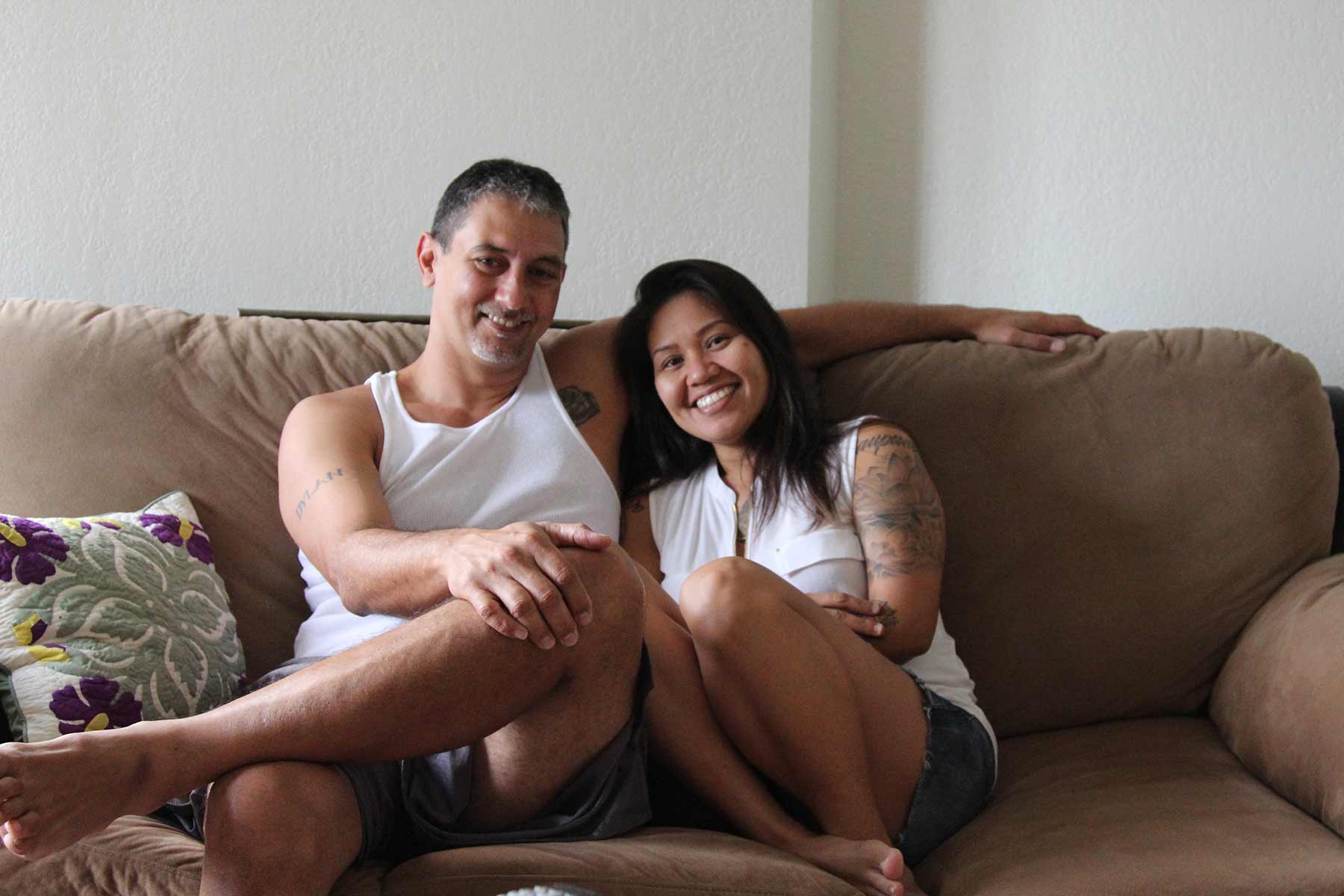 “We’re kind of like the Brady Bunch,” laughed Davida. “Thomas and I each have three children, stable jobs, and live in a decent home together. You would have never guessed that we were both heavy ice addicts or that I went to prison.”

Davida was just six-years-old when her parents divorced. She moved around O‘ahu with her mother for years until they settled in Honoka‘a north of Hawai‘i Island. “I never felt grounded, so I rebelled as a teen. Drugs and alcohol became so easy to get when I started hanging with the wrong crowd. I got married at age 18, only to find myself a single mother a few years later.” Faced with raising two young children and paying bills on her own, Davida discovered crystal methamphetamine eased her stress. “My upbringing wasn’t quite the fairy-tale either,” said Thomas. “My mom was a chronic runaway at a young age and my grandmother took care of me. My grandmother relied on The Salvation Army’s worship services and keiki programs when I was little. She sent me to The Salvation Army’s preschool, Camp Homelani, and she tried to keep me out of trouble the best she could, but she constantly worried about my mom.” Drugs trickled into his hometown of Kaimuki and into his hands when he was a teenager. He quickly became a functional user of crystal methamphetamine. “I was offered a job at a health organization right out of high school,” said Thomas. “I climbed the ladder in just a few years in the community relations department and I learned how to hide my addiction well.”

By their mid-twenties, Davida and Thomas were both heavily addicted to crystal methamphetamine. They both lost their families and homes. Thomas found himself seeking treatment at The Salvation Army Adult Rehabilitation Center (ARC) and Davida, feeling hopeless, sought help at The Salvation Army Addiction Treatment Services (ATS). Thomas learned structure, reconnected with his family values, and was inspired to be a better person and father to his children. Davida was able to find her solid foundation, “I sought treatment at other institutions, but ATS was different. The way they talked to me, I felt like a person of value. I felt like I mattered and they wanted the best for me,” she said.

Thomas graduated from the ARC and found a stable job managing three clean and sober homes. “That’s where we met,” said Davida. “I was a resident in one of the women’s homes. I couldn’t stand him and the way he spoke, but he cared for me and kept me accountable.” Thomas said the secret to their love story is sharing parallel pasts and the love for their children.

Today Davida is a professional welder and is a graduate of Honolulu Community College. Thomas supports the family through his job as a resident manager of their Waikiki condo and continues to manage three clean and sober homes, half of his clients are graduates from The Salvation Army’s treatment programs. 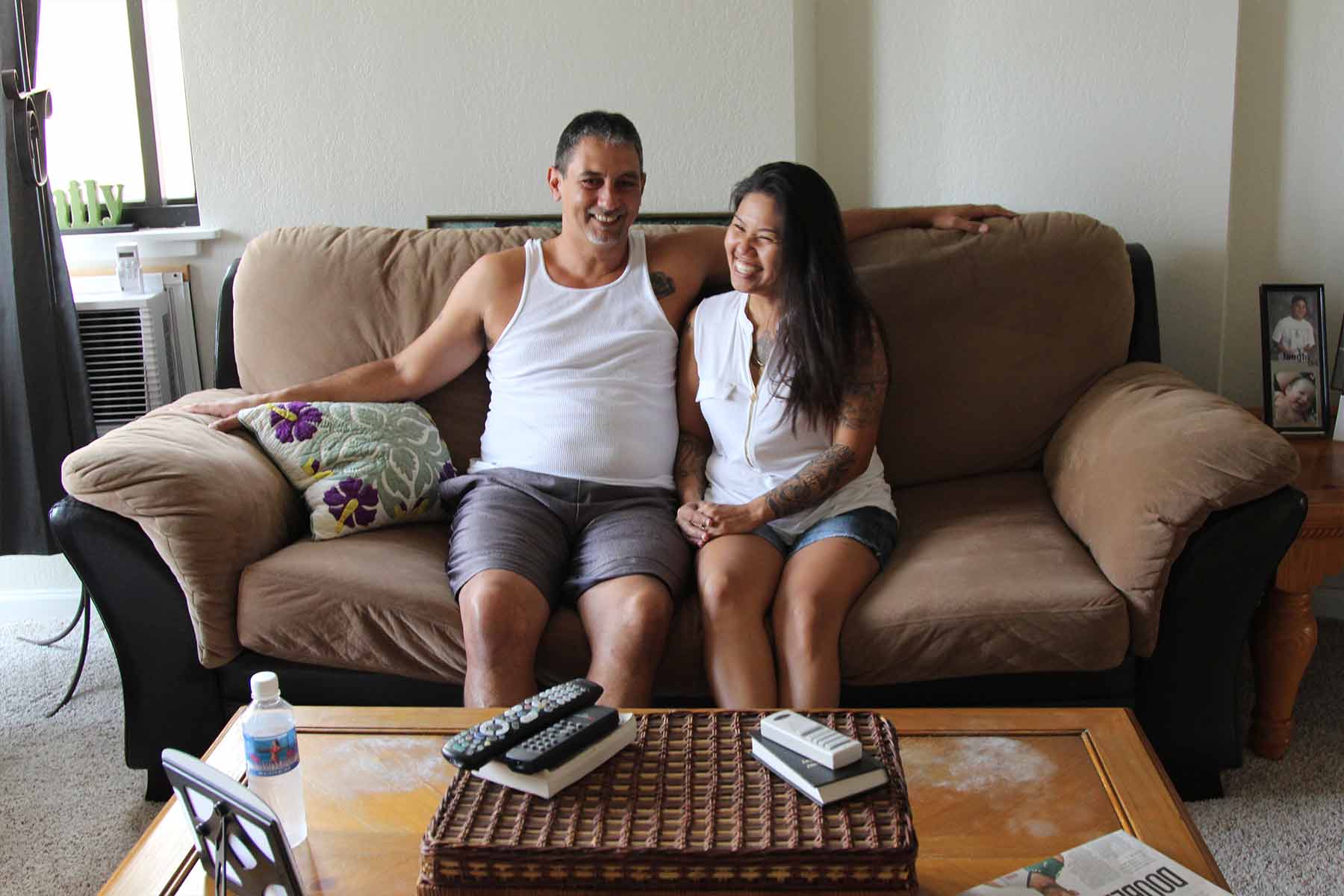 Thomas smiles at Davida, “We’ve both been married before, but our relationship is like no other. We have such similar, sad pasts, but look at us now…we have fun setting curfews and making sure our kids are doing well in life and in school. We are blessed and we try to help others see how blessed they can be too.”