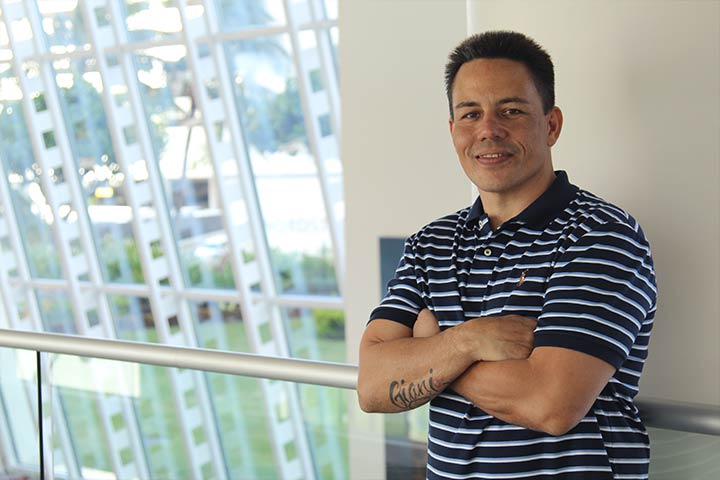 “There was a time where I was homeless and I didn’t have anywhere to go in the end,” said Daniel A., a graduate of The Salvation Army Addiction Treatment Services (ATS). “No one wanted me around, I burned all my bridges. I had nothing, I had no hope.”

46-year-old Daniel A. struggled with an addiction to drugs and alcohol for 20 years and realized he needed to change. He had attempted to rehabilitate his addiction in 1995, but failed. Three years ago, he decided he was going to change for good and walked into ATS with an open mind and a willingness to become independent and self sufficient.

“He really wanted to get this time right. I helped him understand when his addiction would come into play and when it was clouding his judgment. He then started to focus on what life he wanted for himself,” said ATS Outpatient Supervisor, Anne Toyofuku. “She showed me when to recognize when a thought was healthy or not for me. That played a big role in when it was time for me to get my first job again,” said Daniel. He soon heard of a job opportunity at Brett Hill Construction and was offered the job on the spot.

“I was ready to do whatever it took to become a good person, have a stable job, and become a great dad. My counselors at The Salvation Army ATS helped me do that and more,” said Daniel. “I now work for a great company that shows the same compassion as The Salvation Army. I’m helping others through my new job and that is empowering.”


“I’m able to live life honestly because of The Salvation Army. They were able to take someone who was down and out like me, out on the street with nothing and nobody. They gave me the tools to become a productive member of society. I pay my bills today, I have a license, I have a job, I have a car, and I pay my taxes,” said Daniel.

Daniel thanks supporters like you for providing hope and resources to those in need in Hawaii and the Pacific Islands. “If one person’s generosity helped save one person, that person can turn around and help another. We need to continue that positive cycle of support in the community.”