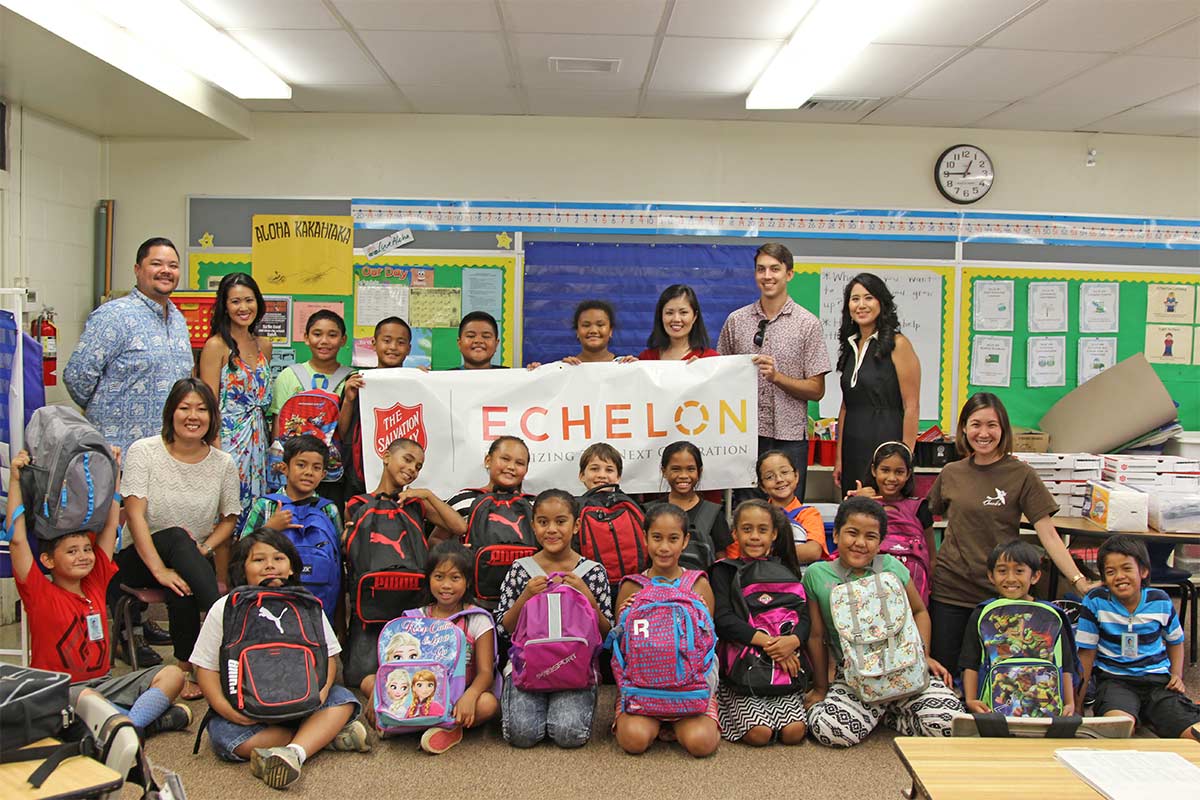 My sister once said, ”It is not where you start in life, but where you end.” I often reflect on these words often as I embark the start of a new year, a new challenge, or even when meeting someone new.

In the Fall of 2016, I participated in my first Salvation Army Echelon event, which was a back to school drive (now known as the Red Pencil Project). My fellow Echelon members and I were welcomed by the students’ smiling faces as we distributed backpacks full of school supplies and passed out pizza. During the time spent with the children and the teachers, we learned that some of the students live in very poor conditions and for them, having three meals a day was a luxury. The children shared with us with such sincerity what they aspire to be when they grow up. Some said they would like to become doctors, police officers, firefighters, and teachers. It was in that moment I realized how these children started in life would not define who they will become in the future.

Experiences like the back to school drive and #doingthemostgood for those that The Salvation Army serves reminds me to be humble and understanding as we lead the next generation. With strong mentoring and right choices, individuals can be successful despite where they start in life.