When There’s A Need, The Army is There

When There’s A Need, The Army is There 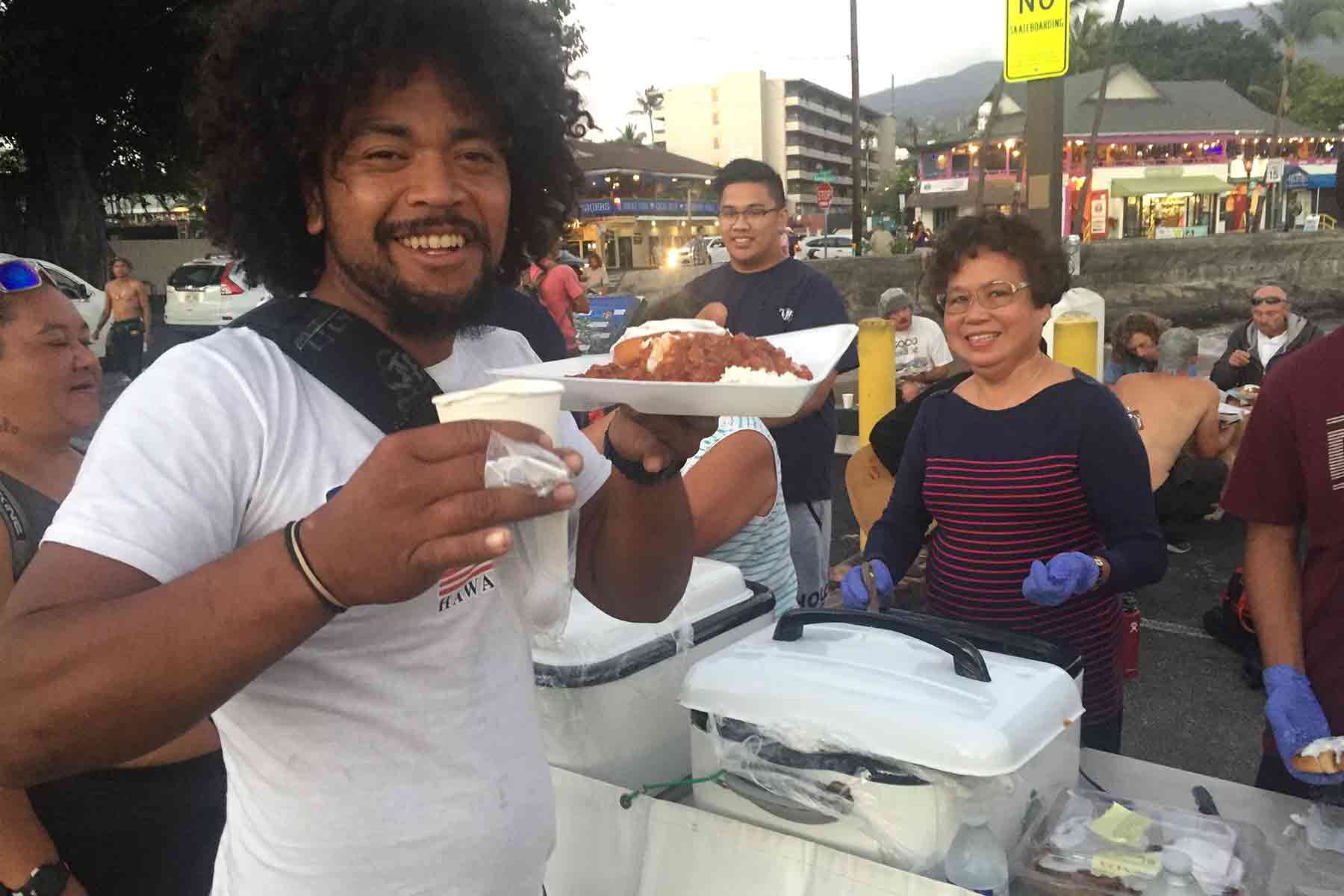 When Raghel and Bob Santiago arrived in Kona with their two almost-adult sons, they weren’t sure what their future held. It was their first Salvation Army appointment, so they went exploring. “We wandered down to the pier and saw a guy digging food out of the trash can and eating it,” she recalls. “It broke our hearts.” Bob took off for Burger King where he could get food for the man, while Raghel stayed at the pier contemplating what they’d seen and what they’d been called to do.

“When Bob returned with the burger and we gave it to the man, he cried,” she says. He looked at us with tearful eyes and said, ‘No one’s ever done anything like this for me.’” In that moment, Raghel and Bob knew what to do.

There was no budget, no plan, no infrastructure for such a project, so they took it on themselves. Every Thursday, they cooked provisions they’d purchased, and as the sun started to set, they gathered at the pier to feed the homeless—at first a few, and then a few dozen.

Word spread, and when Joe Schrekenburger arrived to tour the Kona Corps facility, the staff invited him to also witness the Thursday supper. Days later, a $15,000 check arrived earmarked for the mission that had begun when newcomers saw a need.

Today, having outgrown the pier, the supper is served every Thursday at the old airport with what attendees call “Church Time” preceding the meal. Some 225 people gather every week, listening to the devotion, sharing prayer concerns, celebrating successes, and sitting together for a hearty meal of spaghetti and garlic bread or chili dogs or a variation of Raghel’s menus and items donated (like the pastries Safeway routinely delivers).