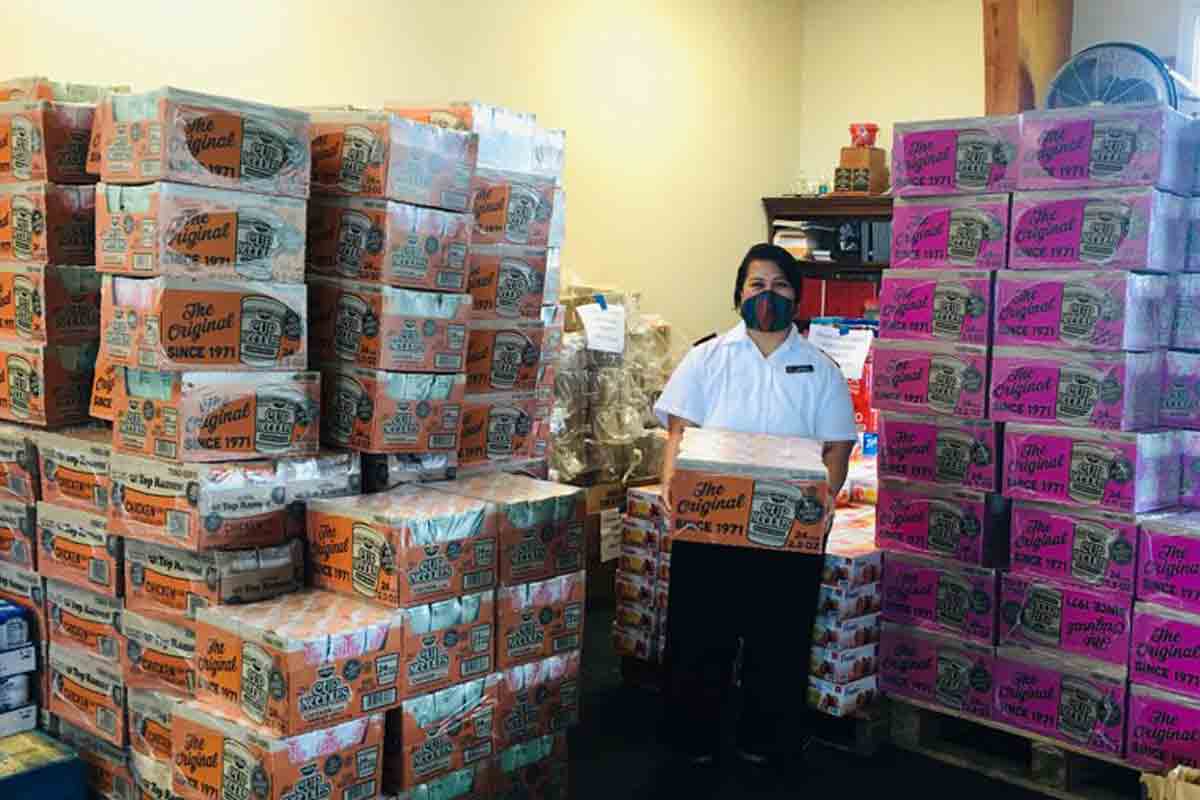 The COVID-19 pandemic has been the cause of not only an increase in individuals needing help from The Salvation Army, but in The Salvation Army needing aid itself as well. Once the stay-at-home order was issued in Hawaii, The Salvation Army’s Big Island thrift store and preschool were forced to close its doors.

“We did not have any revenue coming in,” explained Salvation Army Lieutenant Raghel Santiago. “We needed a lot of support.”

Fortunately, Rotary Club of Kona president John Spicer is also a Salvation Army advisory board member — and when he recognized the need, he and the club’s 25 active members quickly rallied to show their support.

“We decided we didn’t want to reinvent the wheel,” Spicer said, explaining how the Rotary Club and Salvation Army partnership began.

Since March, the club has secured more than $60,000 in food for The Salvation Army’s weekly and emergency food distribution. In addition to donations, they have also has also provided refrigerated containers for the cause and helped coordinate the transportation of food to The Salvation Army Kona Corps Community Center. This has helped to increase the amount of food bags being distributed from 125 before the pandemic, to roughly 560 today.

Santiago says that many people who didn’t need help before — from teachers to hotel workers — are now in desperate need of aid.

“When people started to lose their jobs,” she says, “they started going to The Salvation Army. Our phones were constantly ringing, and people were constantly coming to the Corp — just a whole variety of people, and they have the same story: they just want to provide for their families. The partnership with the Rotary has helped in a big way.”