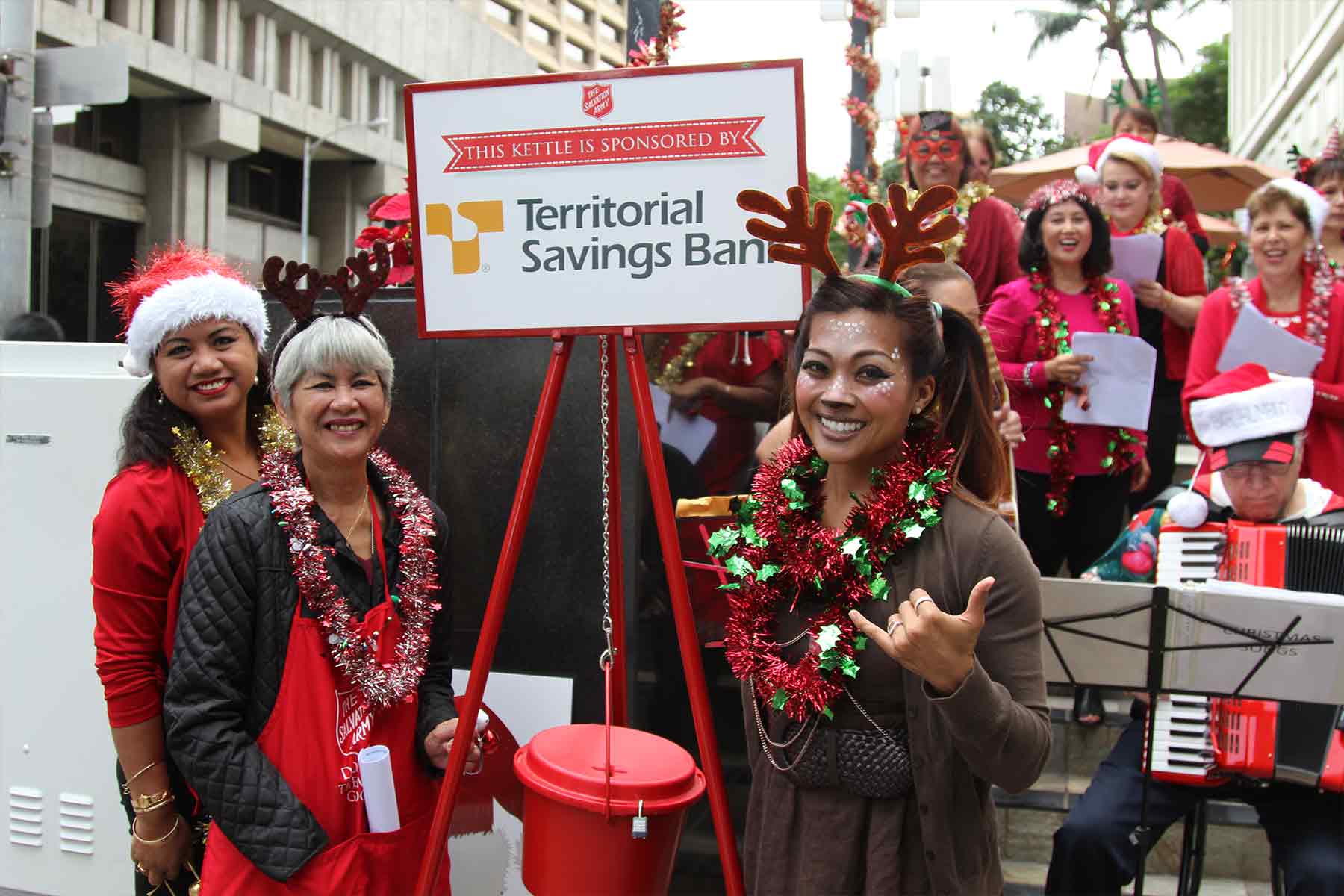 Christmas season starts early at Territorial Savings Bank. For four years in a row, they’ve won the Four Corner Red Kettle Challenge at Bishop and King Streets in Honolulu, ringing bells and raising money for The Salvation Army’s well-known Christmas giving program. Going up against their neighboring banks—First Hawaiian, Central Pacific, and American Savings—is a challenge, and to win, they start planning early.

A small group of employees first gathers in September or October, focused on big money, big plans, and a big trophy. “We’re a lot smaller than the others banks,” says Suzane Takimoto, Territorial Savings Assistant Vice President and one of the organizers. “So we start early to raise money internally and get people excited.” It works.

Not everyone can come out and ring bells, so they donate money instead and encourage their friends and family to help out. By the time the challenge day rolls around, this energized team and their colleagues have already brought in more cash than their competitors raise, and they’ve just gotten started.

“We’ve had elves and Santa Claus and all kinds of things,” Takimoto says. But it’s their choir that steals the show. Gary Kahn, the choir’s star accordion player, retired earlier this year, but made sure that Suzane knew not to forget him.

“I’ll be there with my accordion!’ he told me at his retirement party and again afterwards,” Suzane says. “’Don’t forget about me!’”

The choir rehearses during their lunch breaks, and on challenge day, they line the steps on their corner, singing carols with Gary’s accordion and an ukulele player accompanying them. “People come out just to hear them,” Suzane says. Christmas carols on the corner of King and Bishop, and all for a good cause—“Folks stand and listen, and then always donate.”

The competition gets fierce, with the team bringing their fish nets to catch cash from passing cars. Those nets also catch the trophy. Last year, they raised almost $2400, besting their closest rival by almost $700.

In true Hawaii fashion, it’s a family affair. “My granddaughter came as an elf one year,” Takimoto says. “Standing on that corner, she looked at me and said, ‘Grandma, can I put money in the kettle too?’”

Christmas carols, fishnets, and big hearts—right in downtown Honolulu—and all of it so that our neighbors in need can celebrate the season too. That’s the season of giving. 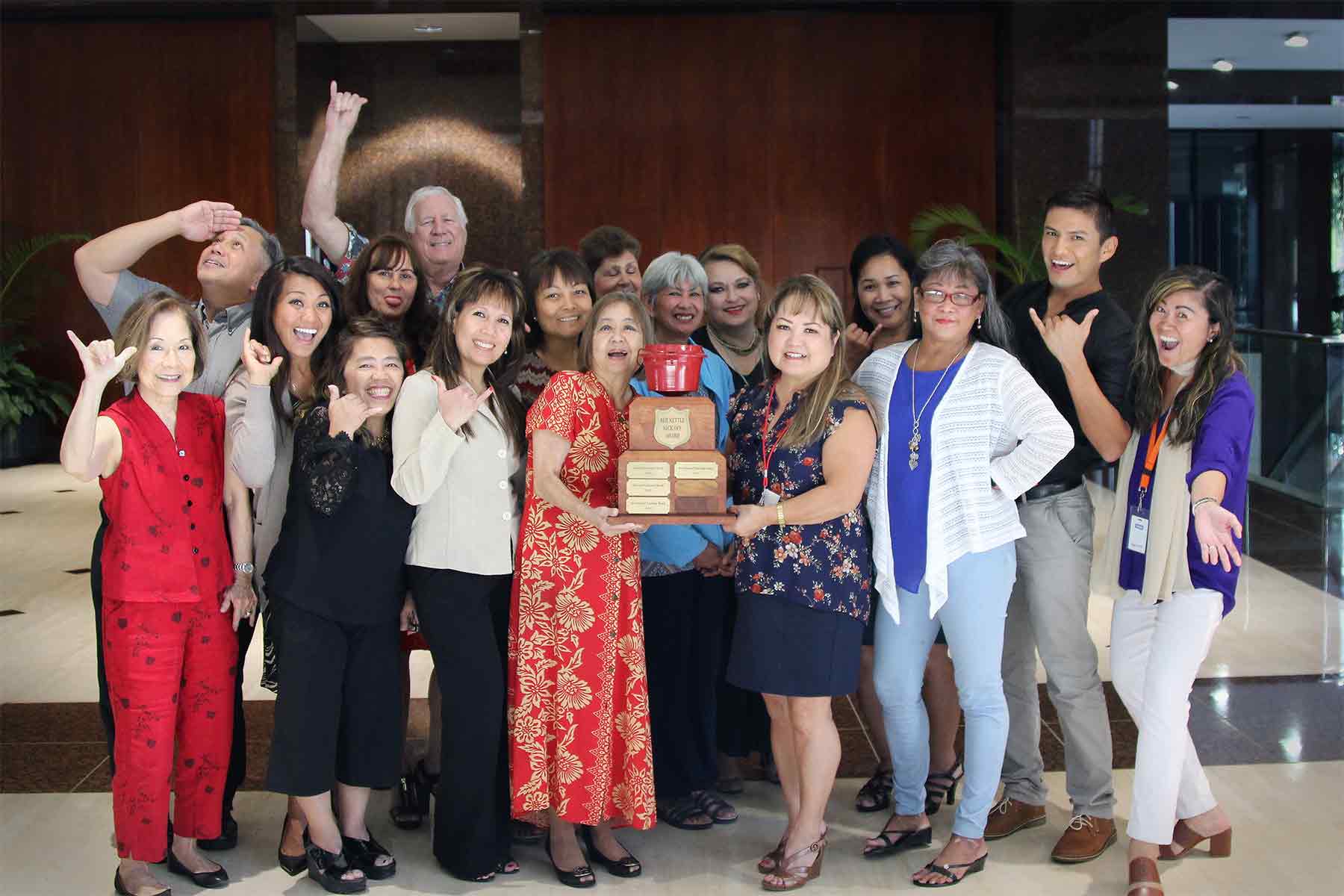