The Salvation Army is led by officers – ordained ministers – who supervise the many programs and services provided in your area. They also serve as administrators, counselors and youth leaders. 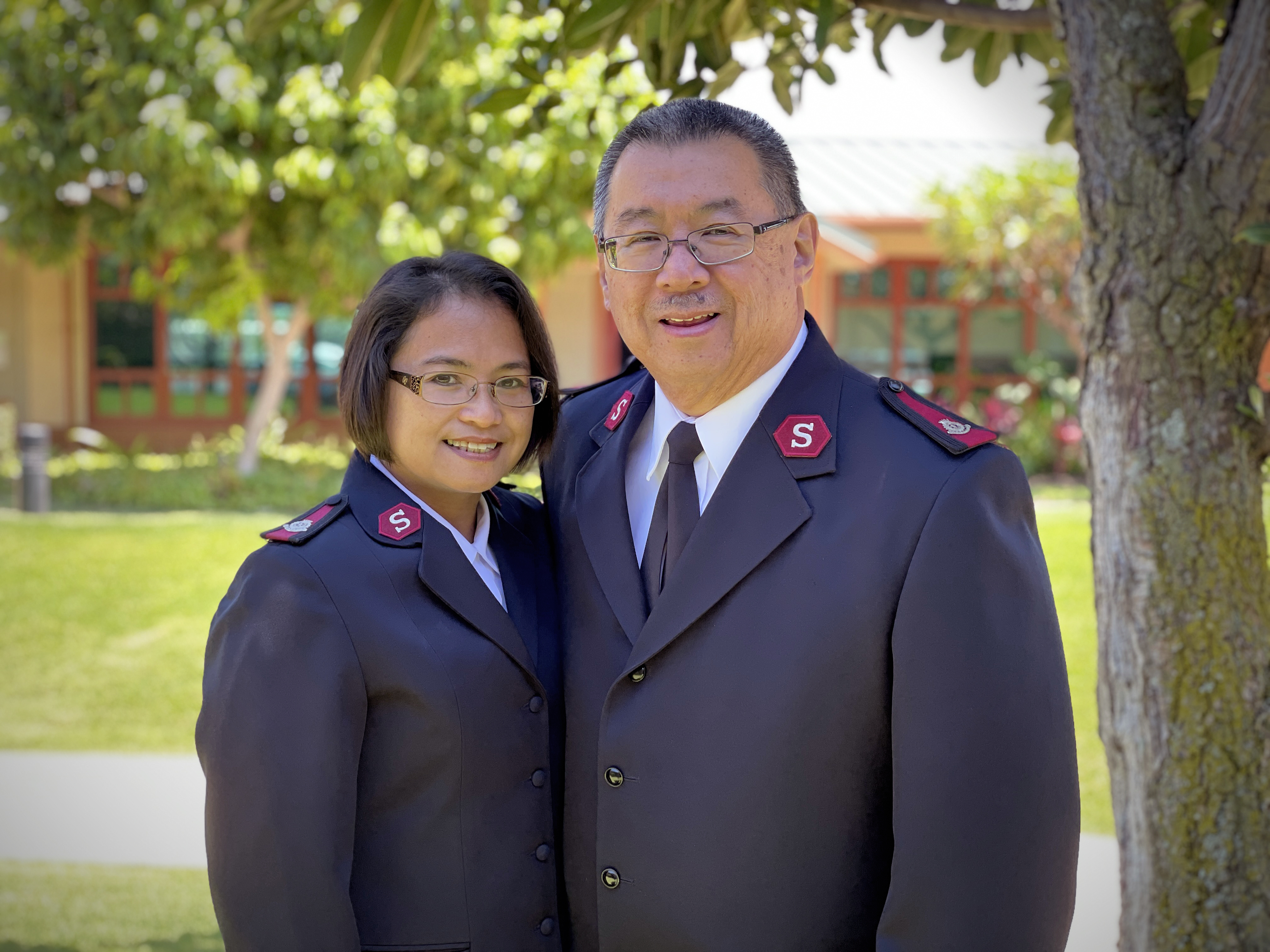 As Officers in The Salvation Army for 36 years (Phil) and 24 years (Debbie), the Lums have served throughout the western United States, including Santa Rosa, CA, Portland, OR and Denver, CO. They most recently served as Administrator and Corps Officers of the Ray and Joan Kroc Corps Community Center in Hawaii, where they pioneered and developed the project and opened it’s doors in 2012. In this capacity, Majors Lum oversaw all aspect of the Center’s ministry and leadership team. Major Phil Lum received his BA in Religious Studies from the University of Arizona and was ordained as a minister and commissioned as an officer at The Salvation Army College for Officers’ Training. He has also served in appointments in San Diego, CA, Oceanside, CA, Majuro, Marshall Islands, Kona, HI, Koloa, HI, Hanapepe, HI and Los Angeles, CA. Major Debbie Lum is originally from the Philippines and is the daughter of Majors Brengle and Georgia Navarro. When she was 11, her family immigrated to Hawaii where her parents served as Corps Officers in Koloa, Honokaa and Lihue. It was in these Corps that Debbie got involved in the ministry and developed her strong work ethic to serve the community and the church. Debbie attended the University of Hawaii at Manoa and earned her BS in Social Work. Upon graduation, she entered The Salvation Army College for Officers’ Training and was ordained as a minister and commissioned as a Salvation Army Officer.

The Hawaiian & Pacific Islands Advisory Boards are comprised of community and business leaders dedicated to helping The Salvation Army fulfill its mission of serving our most vulnerable neighbors throughout the greater Hawaii and Pacific region. Members serve in an advisory capacity, helping the Army deliver its services in and the most caring and efficient manner possible.

The Salvation Army Echelon seeks to mobilize the next generation for The Salvation Army by providing opportunities for young adults to engage with the organization through volunteerism, fundraising and advocacy among other young professionals.